Did you know that in less than an hour another person will be diagnosed with epilepsy? This week our attention centers on The Epilepsy Foundation, also (EFA), which is a non-profit national foundation, founded in 1967 and headquartered in Landover, Maryland, dedicated to the welfare of people with epilepsy and seizure disorders. The foundation’s programs aim to “ensure that people with seizures are able to participate in all life experiences; and to prevent, control and cure epilepsy through research, education, advocacy and services.”

One of their outstanding leaders was Jeanne A. Carpenter. She was a was a leading member of the Epilepsy Foundation’s board of directors for eleven years and a former president of the organization. Jeanne Carpenter was diagnosed with epilepsy following a generalized tonic-clonic seizure at the age of 23, fresh out of law school and ready for the rest of her life. Looking back, she realized she had probably been experiencing partial seizures for some time, but had been unable to secure a diagnosis or treatment from those entrusted with her care. Learning that she had epilepsy was a shock, and finding so little information available at the time only added to its traumatic effect. In fact, the only detailed information she could find at first was through the Epilepsy Foundation. Jeanne joined the EFA board in 1992 and her impact on the Foundation and its work was profound. She was always the first to pick up the phone when the media portrayed epilepsy in a negative light. She also believed strongly in the Foundation’s adopting vigorous advocacy positions on matters of public policy and legal rights. And yet behind all her success was the personal struggle of a woman who continued to have seizures and who had to come to terms with a diagnosis she never expected. She was very conscious of the fact that while her success might inspire others, there were many who faced problems that could not be so effectively overcome.

The work of The Epilepsy Foundation and Jeanne Carpenter, are unwavering for those affected by epilepsy and support people with epilepsy and their families in communities all across the country. It’s gratifying to know that our favors help touch and bring awareness to such an important charity and cause. To learn more visit their website. 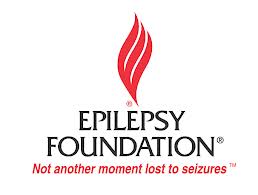